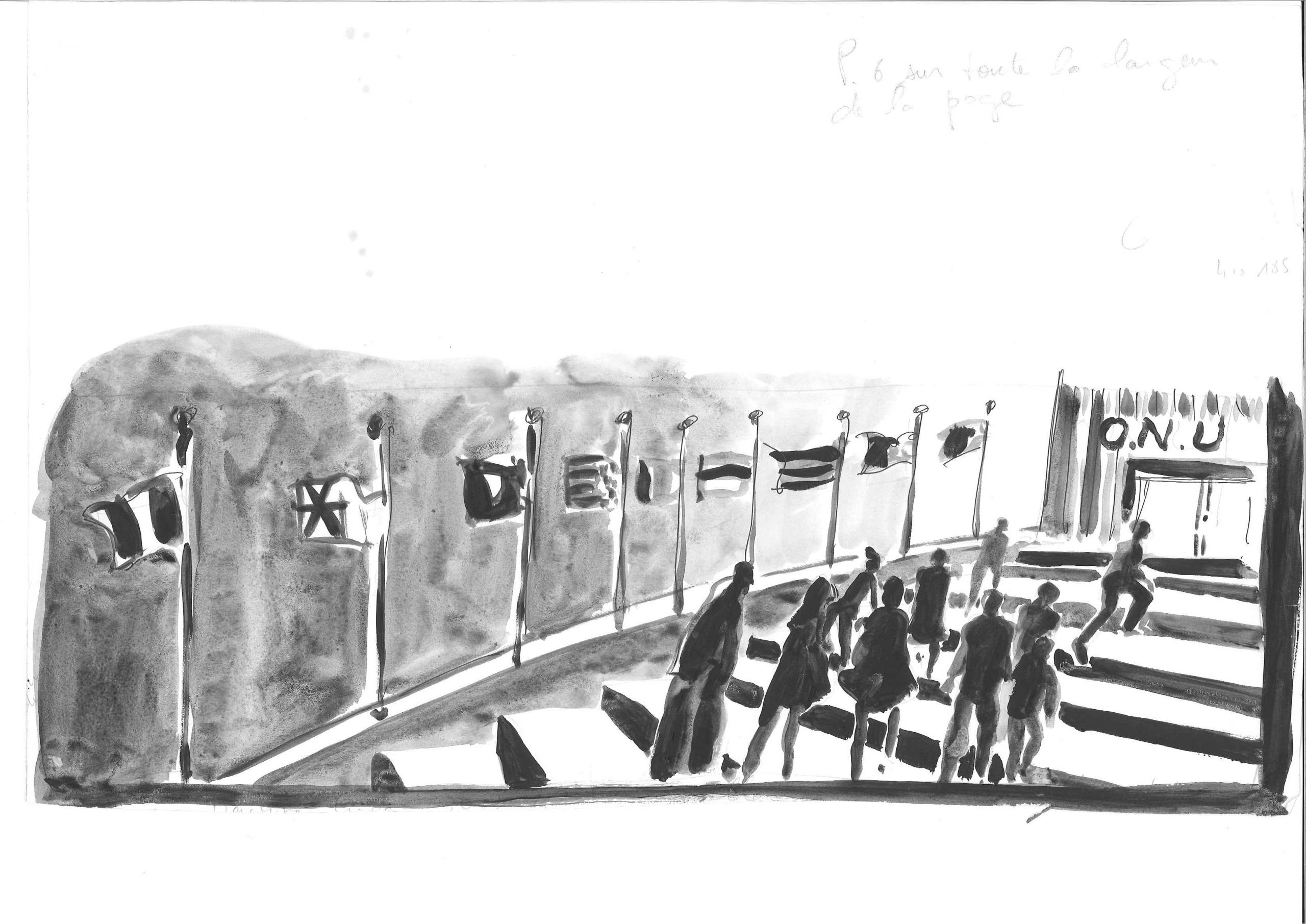 From 1987, the date of the first gathering, to the present day…

On October 17, 1987, in reply to Father Joseph Wresinski’s appeal,100,000 defenders of human rights gathered together on the Trocadero Plaza in Paris to honour victims of hunger, violence, and ignorance, to express their refusal of extreme poverty, and to call on mankind to unite to ensure the respect of human rights. A Commemorative Stone in Honour of the Victims of Extreme Poverty, proclaiming this message, was inaugurated on this occasion on the Plaza of Human Rights and Liberties (formerly Trocadero Plaza), at the place where the Universal Declaration of Human Rights was signed in 1948.

“Wherever men and women are condemned to live in extreme poverty, human rights are violated. To come together to ensure that these rights be respected is our solemn duty.”

The 100,000 people attending were citizens from all walks of life and all creeds. Some represented high-level international, national, or local governing bodies. Others were individuals and families living in chronic poverty themselves and struggling against it daily.

Since then, on the 17th of October each year, the poorest and all those who reject extreme poverty and exclusion gather throughout the world to express their solidarity and their commitment to ensure that everyone’s dignity and freedom are respected. This is the origin of the World Day to Overcome Extreme Poverty.

On October 17, 1992, Mr. Javier Perez de Cuellar, former Secretary General of the UN, on behalf of a group of prominent international figures assembled in the Committee for the World Day to Overcome Extreme Poverty, called for the recognition of October 17. On December 22, 1992, the General Assembly of the United Nations declared October 17 the “International Day for the Eradication of Poverty. Ever since, initiatives to observe this day have been constantly increasing. In many places, gatherings are also held on the 17th of each month.

In 1956, Father Joseph Wresinski (1917-1988) went to an emergency housing camp on the outskirts of Paris to be the priest of the very poor families who found refuge there. Father Wresinski, who was born into extreme poverty himself, founded an association with them that would later become the ATD Fourth World Movement.

Upon seeing all these excluded and forgotten people, he promised to help them one day climb the steps of all the institutions where the future of humanity is debated and decided, such as the United Nations. By making such a promise, he wanted to guarantee that these families would never again be forgotten by their fellow human beings.

These very poor families also needed friends who would support them side in refusing to accept their condition and the exclusion from which they suffered. From this need evolved a partnership between very poor families and an ever increasing number of other citizens.

October 17, 1987 : very poor families from all countries are given their place in the world The gathering of very poor families, the promise of their recognition as a people by major institutions and this partnership with members of society, were at the origin of the mobilization of more than 100,000 people on the Plaza of Human Rights and Liberties at the Trocadero, in Paris, on October 17, 1987 Answering the call of Father Wresinski, they proclaimed that extreme poverty is a violation of human rights; they also affirmed the necessity to come together everywhere extreme poverty exists to ensure that these rights are respected. These convictions are inscribed on a Commemorative Stone unveiled on that occasion in homage to the victims of extreme poverty. It is laid where the Universal Declaration of Human Rights was signed in 1948. The unveiling of this Commemorative Stone represents the first time that very poor people have been recognized in such a public way and their very existence enshrined in stone.

Since that day, people of all backgrounds, beliefs and social origins, have been gathering every year to renew their commitment to and show their solidarity with the very poor. Since 1988, such gatherings have been organized around the world, in the heart of extremely poor areas or in very public places, in Africa, Asia, Europe and the Americas. The poorest people of the world have given rise to the World Day to overcome Extreme Poverty.

1996 : The very poor are recognized as partners in the construction of tomorrow’s world

1996 was officially designated “International Year for the Eradication of Poverty”. Cette année a été une étape importante dans la longue marche des familles très pauvres pour être accueillies comme partenaires dans les lieux où les hommes réfléchissent et décident de leur avenir. The IYEP was one more step in the long struggle of very poor families to be recognized as partners everywhere that people debate and decide a common future. With this Year, and the First International Decade for the Eradication of Poverty (1997-2006), another page of a new history, common to all men and women, has been written. Today, it is proposed to all those who wish to join this global movement.