“Our light is alive” 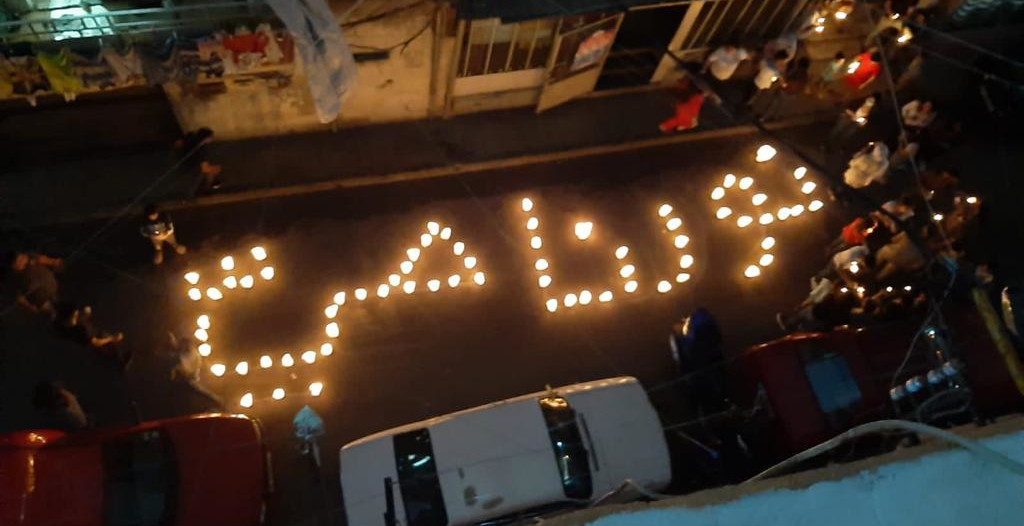 On October 17, 2021 Lebanon experienced a day of revolts and riots because of its economic, social and political crisis. But young people in the Nabaa district of Beirut did not want the World Day for Overcoming Extreme Poverty – October 17 to pass without a commemoration. A few days later, they succeeded in gathering residents of the Nabaa neighbourhood to say, through the symbol of the candles, “Our light is alive”.

In the context of daily power cuts, and the enormous challenges in the areas of education, health and food, this sentence is a cry of hope and also a burst of dignity.

The young people of Beitouna, inhabitants of Nabaa, meet often to share their thoughts. They also go out into the neighbourhood so as to help each other, and also to inspire each other by sharing their daily worries, their dreams and life decisions. They get involved with families who live a difficult life and lead activities with the young. They are always ready to lead meetings or give a hand to the local cooperative that allows the inhabitants of the neighbourhood to keep going.

They have grown up with October 17! And it is now their turn to fully take part. So much so that they prepare and even to lead it. Because that is what they want. Even more so when Lebanon has been going through permanent crisis. Where electricity cuts and restrictions are a daily part of life, with inflation making life even more difficult and disproportionately effecting those least able to pay more. In the youth’s neighbourhood many people, including their own families, have problems getting their official documents in order. This means that children cannot go to school, that families face problems in accessing health services, which puts their lives at risk, etc.

A few days after October 17, 2021 the youth had an amazing idea, to say loud and clear, and in the most beautiful way, that their light still alive.

In loving memory of Samira