Having no power is central to it all 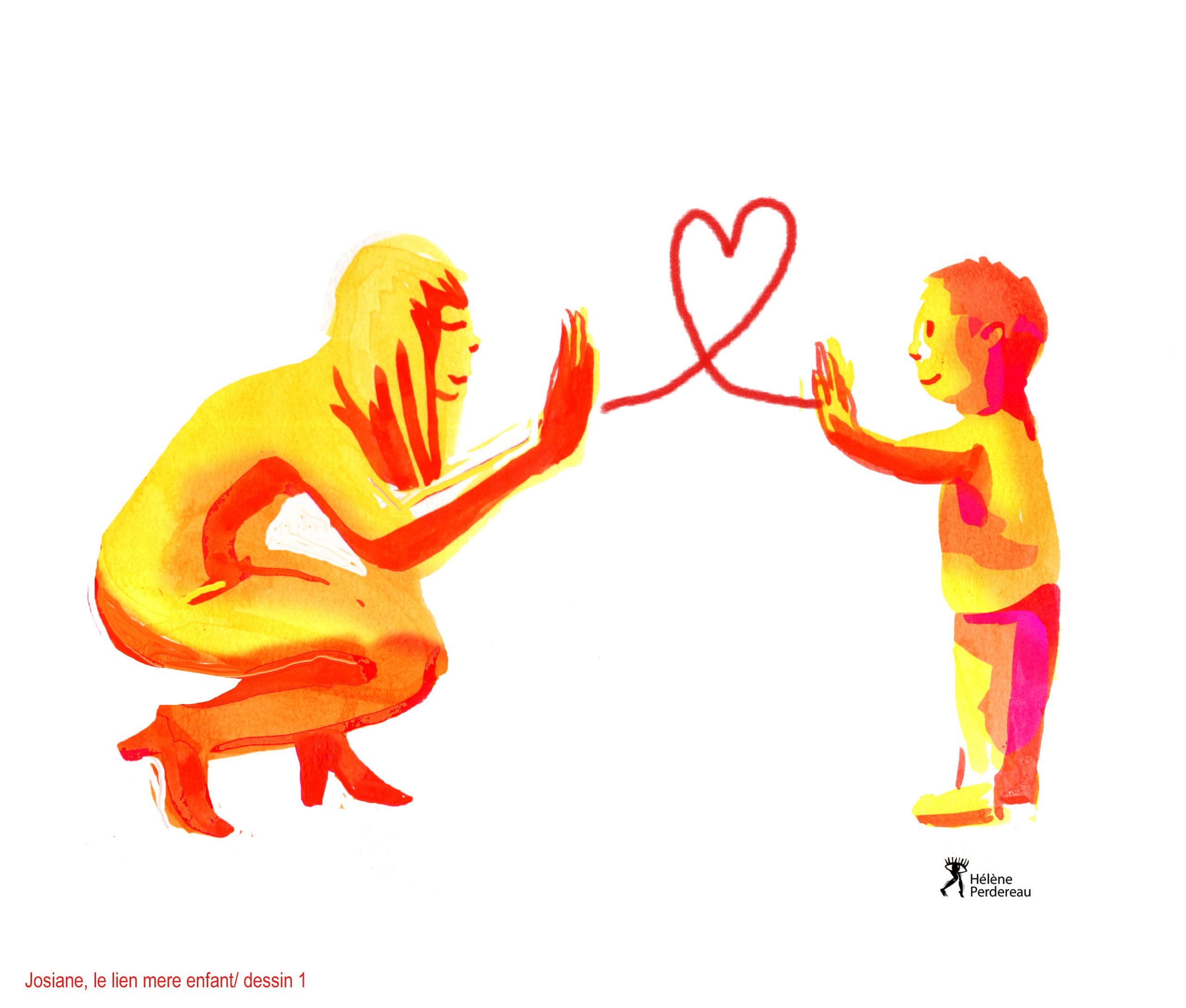 Reading the report on the hidden dimensions of poverty made Sister Thérèse, a correspondent of the Forum on Overcoming Extreme Poverty in Lebanon, think about the bond she has created with Josianne. This article was published in a collection of reactions to the report that you can find here.

Josianne decided on her own to come to Beitouna. Someone had told her this was a place where she could find someone she would feel comfortable with. As I think back on it, I can see that this was quite a new step for her. I’ve forgotten the details of our conversation. I do know that later on I often visited Josianne in the dingy room she was living in. I saw the enormous solitude of this woman who saw no one, who got dressed up Friday evenings for the weekends when she would eke out a living by hitchhiking. She smoked, and drank a lot of coffee. Ads for Nestle products on her walls showed full-cheeked babies. That really jumped out at me.

One thought had a big effect on things afterward.

Milla, who is also involved in prostitution and who lives right next door to Beitouna, let me know pretty quickly that, “of all the people who come to Beitouna, she is the poorest.” I knew, right then, that I would always be there for Josianne. Some time after that a friend of Beitouna asked me
if there was a family or a person she could be close to. I suggested that she create a friendship with Josianne who was living a life of great solitude. After a while this friend came back to me, disappointed. She said: “I told her she ought to go to the doctor, but she refused. I’m trying to find a more honest way for her to earn a living, but she doesn’t want to. I’m not getting anywhere.” I had suggested that she befriend Josianne but maybe it’s too unusual and it’s more difficult than “thinking for her.” As for me, it seemed normal that Josianne and I have time together to simply embrace who she is without trying to find out what she does not want to share. My deepest hope was to maintain the relationship, to establish mutual trust.

I didn’t have any answers, but I was there alongside her. I wanted to keep being in service to the resources she had within her. I wanted to listen to her and through our relationship help set in motion what she carries inside. Should I have done more??? I didn’t feel that way. Maybe I should have gotten more involved,

I didn’t want Josianne to be alone. I wanted her to know that she had an “ally.” I know that in social action there are specific objectives in terms of integrating into society, and these objectives have their own kinds of pressures. My objective was the relationship, the link, the bond. I took note of what she said (she doesn’t have a lot of words to express herself): “I can’t take it anymore, I’m going to explode,” “I’m going to die.” How many times did I hear these words? Josianne’s life was close to unbearable; it was an experience of death and despair. She had nothing and had received no education. But she had an incredible ability to manage everything in daily life…I was humbled by all this strength and endurance. Our friendship enabled her to bring her own sense of freedom to life and to have the strength to risk exercising it.

I sensed that the refusal to participate that put Josianne in opposition to the people trying to influence her lifestyle was a form of resistance. Her experience showed her that when you don’t correspond to the social norms, habits, or ways of doing things you attract attention to yourself. And what happens is marginalization, stigmatization, and exclusion because these behaviors are seen as too deviant.

A key moment: Josiane was pregnant.

I listened to her tell me about her attempts to habe an abortion. At the same time, I observed her desire to keep this child. She feared the baby would be taken from her.

Josianne’s story as a “mother” is tragic. She already had children who were taken from her at birth. “They were born dead,” she was told. She doesn’t believe a word of it! She was under alot of pressure to habe an abortion because she was judged incapable of raising a child.

Josianne is lucid: “I won’t give birth at that place where the DA association (for single mothers) already sent me. I’d rather give birth on the sidewalk!”

To dare to bring her baby into this world she had to face the social workers and society, which was a fight; a form of action. I admired her courage, her decision, and her commitment on behalf of her
child. Josianne couldn’t stand for others to decide for her. She wanted to free herself from this threat and decide for herself. In this struggle for the son she was carrying, I got personally involved in defense of her freedom; her choice. The DA association strongly reproached me. I couldn’t understand their way of doing things and so could not collaborate.

Thanks to some friends we took care of the necessities: other, less unhealthy housing; pre-natal care, expenses for birthing; basic care of the baby, a crib for him to sleep in,
a job for Josianne, and especially, companionship.

Unlike most Lebanese people who have no idea what people without ID papers go through, Josianne had known this problem in her neighborhood. She does not want her son to go without identity papers, meaning without any rights. However, in Lebanon, it’s only the father who can pass on the Lebanese nationality. We had to come up with answers that Josianne could give to affirm that the “unknown father” of her child was most assuredly Lebanese.

Our bond is important to Josianne but she rebels at the DA association’s intrusion in her life. In my opinion the DA had no respect for her. In their written reports they said she was “incapable, stubborn, a woman who runs after men.

When her son, at four years of age, was old enough to go to school, the DA association put him into an orphanage while, at the same time, Josianne was imprisoned
under the pretext that she stole a telephone. Everything fell apart: deprived of any contact with his mother, the boy became depressed. Josianne lost her work and her housing because the rent wasn’t being paid. She got out of prison after a few months, without a decision on her case, during winter, and was out on the street.

The DA association hired her as a cleaning lady. Josianne became dependent on the association for her low-wage salary (half of the official minimum), and even for all her decisions. She was afraid. She feared they wanted to keep her from having a relationship with her child, that her private life was under a microscope as well as her way of keeping up her lodging. And she was afraid they could fire her if she resisted. One day she was so exasperated that she wouldn’t allow them to enter her home. Several times I was reproached or heard how displeased the DA association was.

Central to it all

Having no empowerment causes suffering. There is resistance as well because one must keep fighting despite stress and despair.

Relational dynamics: the loss of trust in others, and solitude. Social services that react without knowing the people,
humiliating them, not believing in them, and in destroying the maternal bond. Judgements and domination, control,
denial of their rights.

The hardships: For years she had to scrape by as a prostitute, a victim of exploitation and humiliation while putting her health
at risk. She also made an effort to get up very early to collect empty beer cans or other cans left in the street.
She would sell them by the pound. Because she never had a real meal, clothing, or facilities in her home, she tried to put some money aside to give her son a few treats. Having never been to school herself, Josianne was so proud to see her son studying. She had a tough life in the street, discomfort, fatigue and, especially, violence. Her neighbors called her “crazy” to her face and she would get angry…she had no way of defending herself.

The unrecognized contributions: Josianne knows better than most Lebanese people how many children are without ID papers.
She fought to get around this Lebanese law and sometimes she advises others who are in this situation.

Josianne wants to keep this link between us

Josianne came to meet me at Beitouna where she is always welcomed as a friend, but the deep wounds in her life, make her still unable to believe in or trust the relationships that come her way. She’s kept up a loose relationship and Beitouna is learning to consider the relational difficulties of the most fragile people.