30 years of the International Day for the Eradication of Poverty 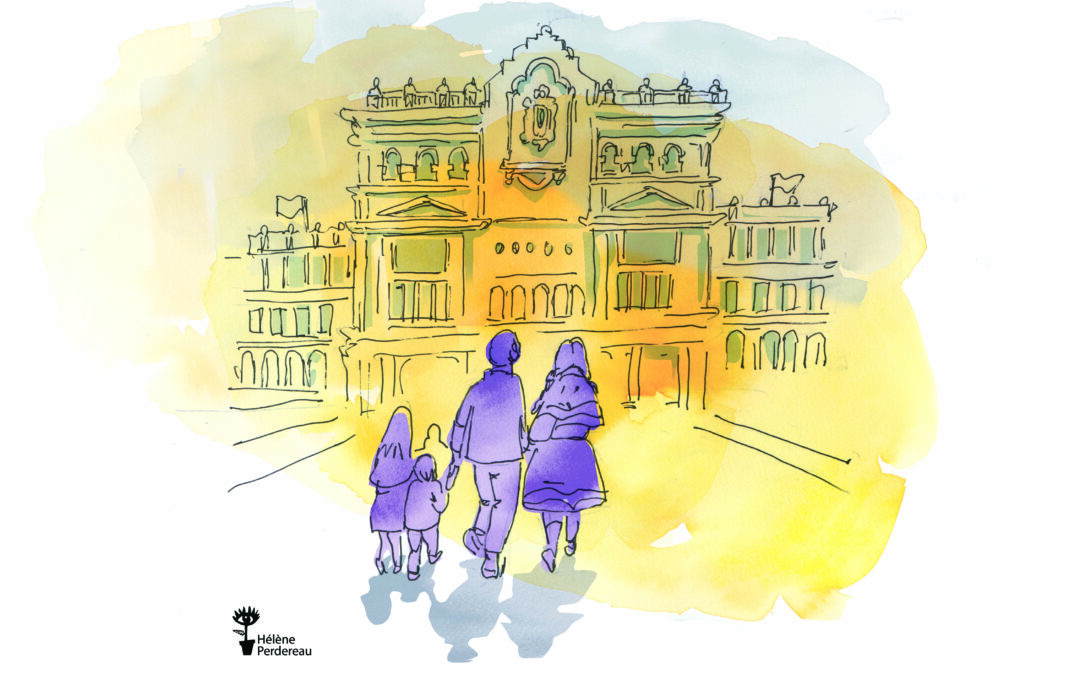 In December 1992, 30 years ago, the United Nations General Assembly recognized the date of October 17 as the International Day for the Eradication of Poverty.

What have we gained with this day or what achievements are we particularly proud of in commemorating it?

On October 17, people all over the world discover that they are not alone, that their struggle is universal. They activate and launch the society with them.

“October 17 allowed me to meet local authorities, deputies. I spoke and I was heard by people I had never imagined meeting. I am proud of all the times we have come together to imagine a more just and egalitarian world.” Emile C., (Solidarity Families, ATD DRC)

“We are proud of all the celebrations, because they have given place and a voice to society’s most forgotten. They spoke before international bodies. It is a victory for every year.” Christian R., (Congolese University in India)

“In Guatemala, people from families living in extreme poverty have access the Government’s National Palace thanks to the ‘Cambio de la Rosa’ event, so that through their daily struggle, in precarious conditions, they can be seen as peacemakers”. Max A. (International Committee for October 17, Guatemala)

The network of people fighting against poverty is growing and growing. This day makes known the poverty and, especially, the actors who fight to eradicate it. On October 17, local populations unite with associations. This makes the struggle known. It gives hope, because overcoming poverty is possible.

“Year after year, the message of those who are not heard reaches more and more people. This also works to spread the word, making people aware. As we have been celebrating this day in Bangladesh for the past few years, we have also seen that young people are becoming more active in this regard by knowing and celebrating this day.” MATI Bangladesh.

“With the celebration of October 17, FERAPAD, our association, is proud to have involved the beneficiary communities to implement a henhouse. From this action, two extensions were born, not without difficulties. We are proud to have taken advantage of October 17 to provide the women of the rural communities of Fizi with a local financial empowerment mechanism.” Stanislas W. K., ( Bujumbura, Burundi)

“We have progressed our teamwork and we have paid attention to the thinking of everyone and in building a common dynamic. We also popularized the day in our country and better structured the issue of poverty.” Blaise N., (Yaoundé, Cameroon)

“I think there is a growing awareness that poverty is a common burden for all of society, and I think this is partly due to the work of the overcoming poverty movement and the activism of October 17 – helping to increase understanding of poverty each year.” Gideon A., (Nigeria)

“What is named, exists. So, little by little, poverty is seen, named, and exists in society. The more we name it, the more responsibility we have to help eradicate poverty. This changes the social approach and when the poor move from the fringe to the centre of the society, it begins to change the correlation of forces between the relationships that have historically been established between the different social sectors. When people in poverty begin to feel a sense of belonging, a sense of expression, it changes societies from generation to generation.” Carolina E., (International Committee for October 17, Guatemala)

October 17 is a great opportunity to make the voices of those in poverty heard by decision makers and the institutions that should act against extreme poverty.

“When Joseph Wresinski introduced the idea of the relationship between human rights and poverty, it was a crucial shift in the way of thinking about poverty. It was so visionary… no one had made that connection between poverty and human rights. This approach has influenced thinking within the United Nations, and we see that it is growing… the participation of people living in poverty has increased over time.” (Donald Lee, President of the ATD Fourth World International)

“Through this day, we have inspired decision-makers to take into account the
issue of poor people’s access
to clean water and sanitation in their programs”» (Hassimi S., Seepat, Burkina Faso)

“In France, this day was an opportunity to: – Contribute to the voting of laws for those in poverty (RMI, CMU, etc.) – Create a collective of associations, together to speak out for those who have little or no voice (e.g. collective ALERTE, PPV, Collectif du 17 Octobre) – Raising awareness of the issues of extreme poverty and changing the way we look at it – Working together, increasing visibility, raising consciousness and creating ways for people to be active.“ (Collectif France « Refuser la misère »)

However the fight against poverty remains a major challenge. Indeed, there are still many places in the world where people live in poverty and where their dignity is not respected or assured. We must unite ourselves and our strengths, we must help each other and learn from each other in order to succeed.

“If it is true that there is progress, we need to move much faster. It is not possible that rich countries have access to vaccinations while there are not enough vaccines in poorer countries. It is not possible for some millionaires to get on a rocket to go sightseeing while people die from lack of oxygen.” (Sylvie D., Mano a Mano, Peru)

“Targeted efforts towards inclusion and leaving no one behind, […] dignity and equitable inclusion of all in poverty eradication efforts have become a stronger goal for which we strive.” (Jyoti T., NEPAL)

“When we wonder what we have gained, I remember Pérez de Cuellar saying, “You are our eyes and ears”. But what about these ears and eyes? We can do seminars and reports, but how can we force nations to apply what they hear from the poorest? With October 17, awareness and knowledge of what extreme poverty is has expanded, but what do we do with it? There is no link between people in poverty and the world’s greatest concerns.” (Bernard M. et Jean T., International Committee for October 17)

“It’s a question that I’ve been asking myself a lot lately: is the current form of October 17, the form that one would have hoped to reach at the beginning of the day?” (Nicolas D., Belgique)

The sentence written on the commemorative stone in honour of the victims of extreme poverty, remains a contemporary and urgent cry!

“Wherever men and women are condemned to live in extreme poverty,
human rights are violated. To come together to ensure that these rights be respected is our solemn duty.”